Newsroom - The Times of Israel: Why we set up the Israeli-American Council 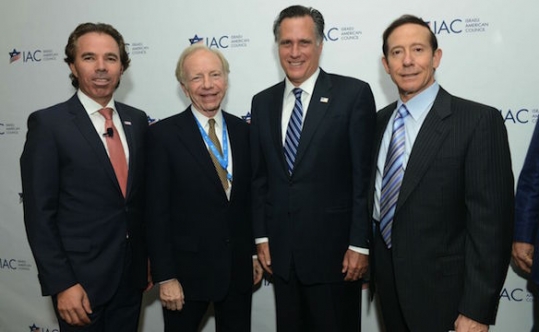 The Times of Israel: Why we set up the Israeli-American Council

In 2006, during the Second Lebanese War, Ehud Danoch, Israeli Consul General of Los Angeles at that time, was organizing a support rally for the State of Israel. He confirmed the attendance of political leaders, such as California Governor Arnold Schwarzenegger and Los Angeles Mayor Antonio Villaraigosa, and he reached out and invited the close to 700,000 local Jewish and Israeli community members.

Ehud was deeply disappointed that only a few thousand Jews showed up at the rally and even more frustrated that despite the approximately 200,000 Israeli’s living in Los Angeles, only a handful of Israeli’s showed up to support the State of Israel.

Ehud knew something dramatic had to be done so he approached about ten local successful, philanthropic Israeli business people that were already involved in the Jewish and Israeli community. He challenged them to establish an umbrella organization that would unite and empower the local Israeli community to support the State of Israel and get involved in pro-Israel advocacy.

Many similar efforts in the past had been made to create a united community. Those mostly volunteer organizations failed because of the constant need to raise funds. Nevertheless, this new effort by Ehud Danoch was substantially different. He approached business people that were willing and able to put in their own time, money and contacts to create and support this vision. Also, the fact that the State of Israel, through its consul general of Los Angeles, was behind this campaign, made a huge difference.

As a founding board member, I, along with the selected others, accepted the challenge and embarked on an historical journey of galvanizing an Israeli community in Los Angeles which would later expand to the establishment of the Israeli-American Community in the United States. Just like the Israelites at Mt. Sinai, we followed the biblical “Naaseh V’Nishma” declaration and decided to ‘act first, deliberate later’. We put up our own money, rolled up our sleeves and immediately started a comprehensive community-building action plan that was improved, adjusted and expanded along the way.

Originally called the Israeli Leadership Council (“ILC”), the mission of our new organization was to build an active and giving Israeli community in order to strengthen the State of Israel, to ensure the Jewish Identity of our children, and to provide a bridge to the Jewish-American community.

The ILC’s action plan was based on reaching hundreds of thousands of Israelis living in Southern California by sponsoring existing – and building new – educational, advocacy, leadership and cultural events for every age group and for the community as a whole. We sponsored grassroots local Israeli organizations that promoted the Hebrew language, our Israeli heritage and our Jewish values. And, wherever there was a gap, we created our own projects and programs.

As for community wide events, we sponsored a concert for Sederot featuring Ninet Tiab and students from Sederot that raised $300,000 for their smart classrooms. We annually produce the Israeli Independence Day Festival that brings 15,000-20,000 people to celebrate Israel. We put together a musical concert with Matisyahu and Moshe Peretz to promote giving and community volunteering. In 2012, during Operation Pillar of Defense, our Tzav 8 contact list was able to rally thousands of local Israelis to show up and support the State of Israel.

Initially, funding came solely from our members and the Board. Later, we began to receive significant support and donations from highly influential Israeli and Jewish philanthropists, including Haim and Cheryl Saban, Sheldon and Miri Adelson, Beny and Adele Alagem, Leo and Ruth David and David Wiener. Over the years, many of our Board Members have increased their annual donations to six figures.

As we grew and expanded, it became very clear, that while the members of our Israeli Leadership Council felt 100% Israeli, no one else recognized us as such. The State of Israel labeled us as Yordim. Americans saw us as U.S. citizens and our children definitely didn’t want to be perceived as kids of foreigners. Personally, when we wanted to give money to support pro-Israeli politicians and we introduced ourselves as Israelis, they would respond by saying, ‘We can’t take money from Israelis! You are foreigners!’ At that point we realized we needed to be identified as “Americans” if we wanted to have a voice in the American political arena.

Our identity was defining itself as Israeli-Americans, or Americans of Israeli descent. In early 2012 the ILC changed its name to the Israeli-American Council, the “IAC”. Once we changed our name and established ourselves as an American organization, both the Jewish-American community and the State of Israel realized our potential and began to see us as their strategic asset.

In the past 30 years, the population of Israeli-Americans reached an estimated 500,000-800,000. The majority of them do not affiliate with Jewish life or play a role in the active pro-Israel community. Due to the fact they are mostly secular, they experience the same high rate of assimilation as the Jewish community in America.

However, the fact will always remain, Israeli-Americans not only love Israel, they accept Israel without conditions. Add that fact to their understanding of the Middle East “Bad Neighborhood”, and you have a passion and comprehension that is unparalleled.

Until very recently, the State of Israel and the American Jewish Community had not recognized the historical significance of reaching and connecting with these unaffiliated Israeli-Americans in order to utilize their substantial power and voice.

At a time when Jewish unity is more critical than ever, the recognition by the State of Israel and the inclusion of Israeli-Americans in the American Jewish Community is vital.

Read more: Why we set up the Israeli-American Council | Adam Milstein | The Blogs | The Times of Israel http://blogs.timesofisrael.com/why-we-created-the-israeli-american-council/#ixzz3VMmp0Es6
Follow us: @timesofisrael on Twitter | timesofisrael on Facebook

Israel Hayom: Israeli American Council aims to boost Israel from the US
Scroll to top