Newsroom - Israel Hayom: Israeli American Council aims to boost Israel from the US 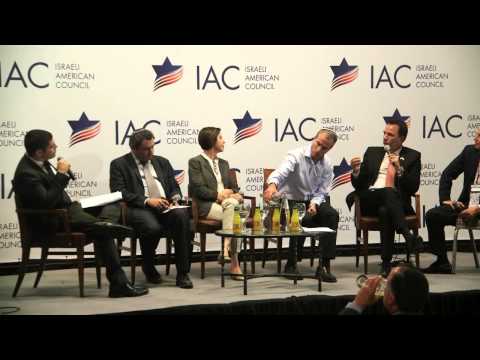 Israel Hayom: Israeli American Council aims to boost Israel from the US

Adam Milstein, the Los Angeles businessman who was among the founders of the Israeli American Council, says the goal of the group is to contribute to the Israel-U.S. relationship and strengthen the Jewish and Israeli identities of future generations.

Milstein described how the IAC was founded and listed reasons why it has succeeded while other similar ventures have failed.Adam Milstein, the Los Angeles businessman who was among the founders of the Israeli American Council, spoke on Monday on a panel called "The Untapped Strategic Asset: Israeli-Americans" at the Jewish Federations of North America General Assembly in Jerusalem.

"We are businesspeople who give not only our time, but also our money and knowledge of the business world to advance a plan of action that we believe in," Milstein said, likening the IAC to a start-up company.

"The State of Israel was behind us from the start and [then] Israeli Consul General in Los Angeles Ehud Danoch initiated the establishment of the organization.

"The aim is to set up eight offices like this throughout the U.S. We are building an organization of the community in other cities like Miami and Boston, and in New Jersey, in order to reach every Jew in the U.S. and every Israeli-American."

The Times of Israel: Why we set up the Israeli-American Council