Newsroom - Living in the Diaspora 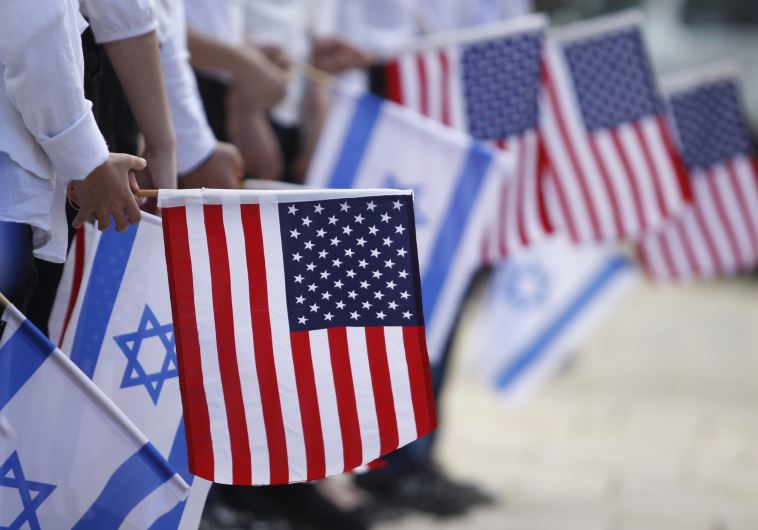 Living in the Diaspora

What Israeli-Americans can learn from American Jews. Over the past decade, American Jewry has emerged as perhaps the strongest Jewish community in the history of the Diaspora.

Their story of success is nothing short of inspiring. Jews began arriving in large numbers in the United States from Eastern Europe at the turn of the 20th century. The vast majority of them had no money, no knowledge of the English language and little understanding of their new culture. Strong Jewish communal institutions were established and provided an important foundation for these immigrants, their children and their grandchildren to maintain a strong sense of Jewish identity as they climbed America’s socio-economic ladder.

Today, approximately 60 percent of American Jews have a college degree (compared with 27% of Americans). Today they comprise around one fourth of Ivy League undergraduates, and 37% of American Nobel Prize winners. In a survey of America’s most 200 influential intellectuals in the 1970s, half were Jewish and 75% had at least one Jewish parent. Despite only being 2% of the US population, American Jews today account for seven of Time magazine’s 100 most influential people in the world, 11 out of 100 US senators, two of 15 US cabinet secretaries and one third of the Supreme Court.

Many of America’s immigrant communities today draw from the American Jewish experience to see how to integrate and succeed in the US while still maintaining their identity. Israeli- Americans should do the same.

Recently, there has been a revolution in the way that Israeli-Americans like me view ourselves. Since we first began coming to the US after Israel’s independence in 1948, Israelis living in America held onto the belief that we would eventually return to Israel. We lived with our suitcases packed. Without feeling rooted in the US, we didn’t cultivate community, and generally remained disconnected from synagogues, Jewish educational institutions, and Jewish community organizations.

Supported by organizations like the Israeli-American Council, we are now embracing our unique hybrid Israeli-American identity, metaphorically unpacking our bags and building a strong, thriving community. In September, the third Annual Israeli- American Conference in Washington, DC, will bring thousands of Israeli-American activists together with prominent leaders in politics, journalism, the Jewish community, education, art and business.

A primary goal of this conference is to learn from our fellow American Jews, who have effectively built a thriving community in the Diaspora. I believe there are at least three ways we should emulate their example:

First, American Jewry has invested in preserving the community’s heritage and supporting its Jewish life. Decade after decade, American Jews have effectively developed and sustained organizations to meet a range of religious, educational, social, political and cultural needs – from synagogues and community centers, to Jewish Day schools and camps, to advocacy groups and Federations.

Jewish education is at the heart of this work. Day schools, religious schools and summer camps provide a framework for instilling Jewish identity in the next generation and creating opportunities for Jews to form bonds of community while living in the Diaspora. American Jewish families have long embraced the concept of L’dor V’dor (from generation to generation), with even secular Jews participating in multi-generational Jewish activities as a family – from celebrating holidays, to joining a Havura, to becoming active in their local JCC.

These practices were not so intuitive for Israelis coming to America, accustomed to living in a Jewish state, where Jewish holidays are part of the official calendar, Jewish history and heritage education is mostly provided by the public school system, nearly all of your neighbors are Jewish and many functions of preserving Jewish identity are carried out by the government. In Israel, you can take your Jewishness for granted. In America, you simply cannot.

Second, American Jewry has fostered a strong culture of philanthropy. They understand that Jewish institutions will only exist if they support them financially, and as a result, wide swaths of the community give to synagogues, Jewish schools, and other organizations.

In Israel, the government is expected to provide for all social needs and support a strong Jewish community. In the US, this culture of giving is not present in the same way. For most Israelis, giving money to charities is considered naïve, reserved for freiers (Hebrew for “sucker”).

When we founded the IAC, a primary goal was to instill this commitment to philanthropy in the Israeli- American community. We came up with the motto, “I aspire to be a freier,” and required that all early members of the IAC support at least one charitable cause outside of the IAC. We have made great progress on this front, raising unprecedented sums from the Israeli-American community in support of communal needs. Yet, we still have only raised a fraction of our community’s capacity – and have a long way to goal to realizing our full potential.

Third, American Jewry has effectively engaged in civic life and the political process. Today there are more than 20 Jewish members of Congress, and Jews serve at all levels of government, including mayors of major cities, like Michael Bloomberg in New York City, Rahm Emanuel in Chicago and Eric Garcetti in Los Angeles. A range of organizations like AIPAC, ADL and AJC have effectively organized and rallied the Jewish community in support of Israel and domestic policy priorities.

American Jewry has successfully built bridges to other communities around common issues – from human rights and social justice, to education and business. In short, American Jewry has been at the forefront of advocating for others.

Israeli-Americans should find lessons and inspiration from this experience.

We need to engage in advocacy to ensure that both the United States, our national homeland, and Israel, our Jewish homeland, remain strong allies and fight for just causes. The Israeli-American community recently launched its own 501(c)4 advocacy group, the Israeli-American Coalition for Action, to make our voices heard to our nation’s policymakers.

In his new book, Flexigidity, Gidi Grinstein makes a compelling argument that the secret of Jewish success and survival over the millennia has been our willingness to “balance new and old, innovation and tradition, flexibility and rigidity.” As we look at how to address the great challenges facing the Jewish people in America, it’s clear that engaging Israeli-Americans and the broader Jewish-American community in closer conversation can advance solutions. Building wider and deeper partnerships between Israeli-Americans and Jewish- Americans will benefit all, bringing a new vibrancy to Jewish life in our country and all over the world.

My Personal Philanthropic Journey: Why giving is the greatest joy of all
Scroll to top