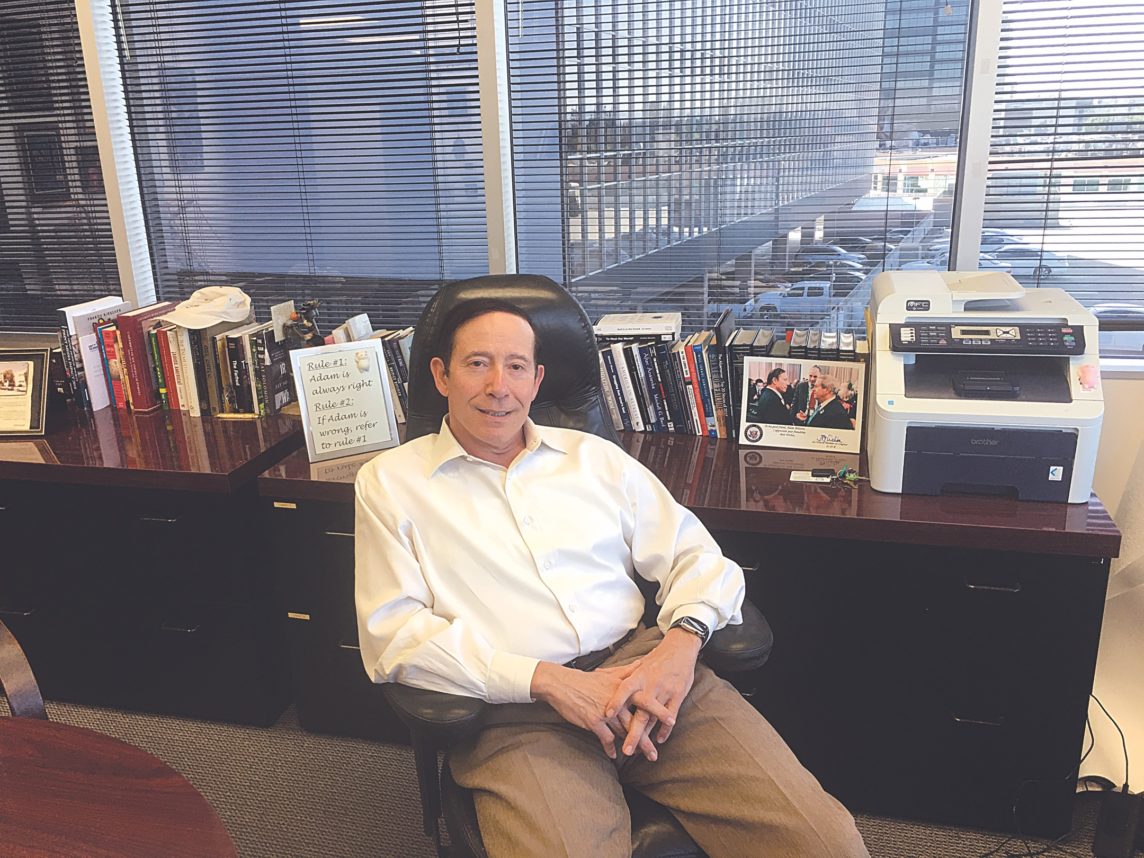 Adam Milstein is a managing partner at Hager Pacific Properties but is probably best known as the co-founder and chairman of the Israeli-American Council (IAC), a national organization that engages Israeli Americans through a variety of programming, including annual Yom HaAtzmaut celebrations, young adult groups, and children’s educational communities.

He and his wife, Gila, run the Adam and Gila Milstein Foundation, which, among other activities, provides subsidies for high school students to attend the annual AIPAC (America Israel Public Affairs Committee) Policy Conference.

Born in Haifa, Milstein, who is in his mid-60s, arrived in the United States 37 years ago to pursue an MBA at USC, and he never left. After finding success in real estate, he has devoted himself to various charitable causes, the majority of which are focused on support for Israel.

Milstein met with the Journal to discuss why charity plays an important part in his life; how the IAC has nurtured a culture of philanthropy among Israeli Americans, “Israeliness,” and the dangers facing Israel today on the eve of its 70th anniversary.

Jewish Journal: What have been the IAC’s greatest successes since its launch in 2007?

Adam Milstein: Before we started the IAC, you did not have any Israeli philanthropy. The Jewish community said, “If you are a philanthropist, then you are a Jewish philanthropist, and if you are not a philanthropist, you are Israeli.” Eleven years later, at [the IAC galas], we raised millions of dollars. In March, we [had] a gala here in Los Angeles, and not counting contributions from Haim Saban and Sheldon Adelson, we raised $2.5 million.

Today, the Israeli-American community is considered a very philanthropic community. So, we created a culture of giving. We took a small idea and became a nationwide movement.

JJ: Why is engaging Israeli Americans important to the greater mission of supporting Israel? 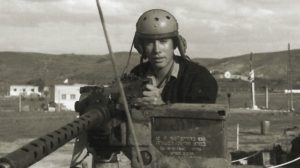 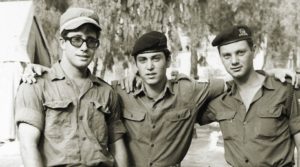 The Yom Kippur war was in October of 1973, the last year of his service.

JJ: What are the biggest threats facing Israel today?

AM: I think the BDS (Boycott, Divestment and Sanctions) movement against Israel is growing. Anti-Semitism is growing, and the fact we are passive and defensive is not helping us because it is intensifying.

JJ: Do you mean on college campuses specifically?

AM: Every place. BDS and anti-Semitism are related. Maybe on campus, you call it BDS. Outside, it is anti-Semitism.

JJ: There are those who argue that BDS is not anti-Semitic.

And even though we say it is about the occupation, or the policies of the government, or it’s about Israel shooting someone who is trying to penetrate Israel from the outside, it is about Israel, and it is about the Jews, because we don’t hear any complaints about North Korea or China or Russia or anywhere else.

So, anti-Semitism is growing in the United States. I think, again, it is mostly growing — it is growing from the white supremacists — but mostly from the radical left and radical Muslims. And we need to think out of the box and come up with new strategies, because we clearly are not winning.

JJ: To what extent is Jewish identity connected to support of Israel?

AM: In the Israeli-American community, we don’t say you have to go to synagogue every day, pray and put on teffilin. We say you can connect to Israel and to your Jewish heritage through what we call “Israeliness.” Israeliness has to do with the culture, the food, the dancing, the fact that I met you one time and the next time I say, “You’re in town? I have an empty room. Come stay with me.”

JJ: What role do you see the IAC playing 10 years from now?

AM: I believe that we will become more and more the pro-Israel community in the U.S. This is in our mission, and we made it clear our support for Israel is unwavering, unconditional. And I think that this will separate us from the other organizations that are unsure if they need to criticize Israel or support Israel. They don’t see what we see. This is the only country we have. If you look at Israel, at the 70 years that have passed since independence, there are no other countries in the world that have accomplished so much.

Originally posted in the Jewish Journal

Why Americans Are Celebrating Israel’s 70th
Scroll to top