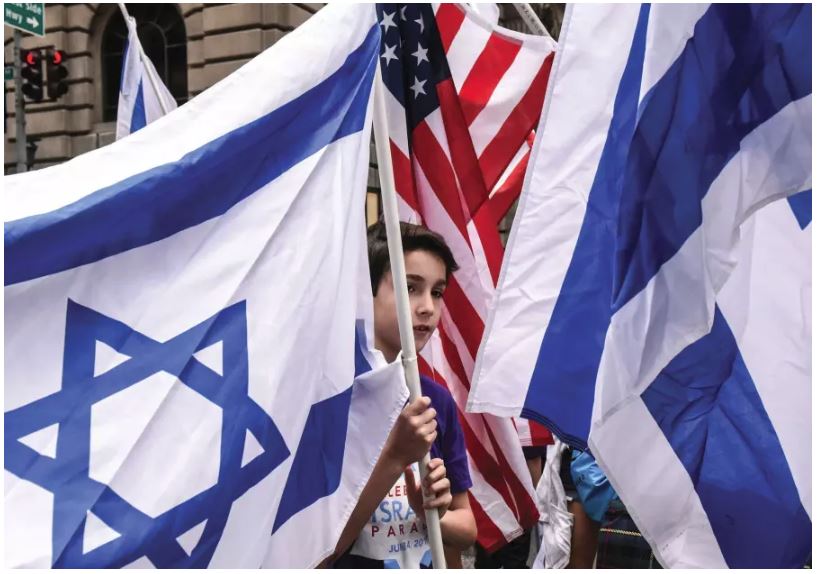 Why Americans Are Celebrating Israel’s 70th

Both the US and Israel have withstood existential threats through courage and patriotism of their people.

Israel’s 70th birthday on May 14th has brought a surge of pride across America, as we #Celebrate70.

From the halls of Congress to hundreds of college campuses, to more than 16 Celebrate Israel Festivals in major cities from coast to coast, people across the country are sharing videos, images, words and melodies to rejoice in the miracle of the modern Jewish state and marvel at its unbelievable accomplishments.

The events this month have put on display the deep well of support that Israel enjoys in America, a sentiment that goes back throughout our country’s history. America’s second president, John Adams, once wrote, “The Jews are the most glorious Nation that ever inhabited this Earth” and “I really wish the Jews again in Judea an independent nation.” On May 14, 1948, a few hours after Israel announced its independence, president Harry Truman ignored strategic advice from the secretary of state because of his moral imperative to recognize the new Israeli government led by David Ben-Gurion.

These decisions have been rooted in our common values and common experience. Both America and Israel were established by people in search of religious freedom and tolerance. Both were founded on the Western values of democracy, Judeo-Christian values, free speech and freedom of the press.

The American Dream is much like the Zionist Dream, rooted in the principle that everyone should have the right to self-determination and the opportunity to achieve success through hard work and determination.

Somehow, thousands of miles away and surrounded by enemies and with no natural resources, Israel has achieved just that.

Both the US and Israel have withstood existential threats through courage and patriotism of their people.

When I was born, Israel was less than four years old. My parents immigrated to Israel in 1948 from Latin America and joined a long line of Zionists who fought for the right of Jewish self-determination. My father fought in the 1948 War of Independence and in the 1956 war. When I was serving in the army in 1973, I fought in the Yom Kippur War that changed the history of the Jewish people – and strengthened Israel’s reputation as a country that would not back down.

America also fought a war for its independence, and it was not until Andrew Jackson’s decisive victory in the Battle of New Orleans during the War of 1812, that foreign nations recognized that America was an independent power with the right to exist. Now America is the strongest country in the world and Israel is a powerful nation standing strong against all odds.

The US and Israel are both deeply committed to helping the world. The US government works to spread democracy. American businesses bring life-changing inventions to countries who need it most and US-based charities aid people and support causes around the world. Israel follows America’s lead in helping make the world a better place. Israel established the first stable and successful democracy in the Middle East. After 70 years of growth, it has developed into the start-up nation – bringing innovations to the world – and is a light unto nations, providing aid to people in countries such as Nepal, Sierra Leone, Syria, Mexico and Haiti.

Cultural diversity is at the center of both of our thriving democracies. America is of course, the original melting pot, bringing together immigrants from virtually every other country on earth, and Israel does the same. Over millennia, the Jewish people spread to every corner of the planet – Ethiopia, Iraq, Iran, the USSR, Morocco, Brazil, the US and more – and the dispersion collectively became known as the Diaspora.

Israel is where we have come together again. Israeli Jews have taken their traditions from Austria and Zimbabwe, from Berlin and from Bangalore and brought them together in the Jewish homeland, creating a rich melting pot of cultures.

Israeli society takes the “melting pot” phenomenon a step further with its mandatory army conscription, which gives citizens of all backgrounds the opportunity to succeed and develop national pride. I witnessed it first-hand during my mandatory IDF service. People from different countries, who practice different religions, who have different skin colors, who were born to different family circumstances, all start at the same humbling place. And all – Mizrahi, Ashkenazi, Sephardi, Druze, Bedouin, Coptic, Arab Muslim, Assyrian and more – can be part of the Israeli army.

When we #Celebrate70, we don’t honor only Israel’s incredible accomplishments, but Israel’s shared values and strong alliance with America. From partnerships in business, innovation, technology and academia to celebrating history and culture, Israel and America are great allies. Our shared dreams, our shared values and our shared commitment mean that this year, Americans across the country are proud to say, “Happy Birthday Israel, and many more.”