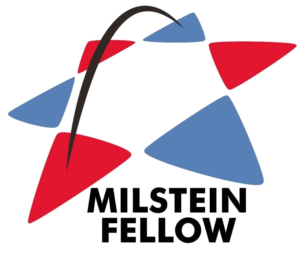 By attending the AIPAC conference, it gave me an insight into Israel of which I was never exposed. For the first time in my life, I became involved in politics. Now that I have experienced the Policy conference, I will now act differently in a way that will help strengthen the United States – Israel relationship. This conference showed me all of the wonderful things that Israel has to offer, and the power we can have when so many people come together to advocate for Israel.

My intentions are simplistic, yet will be very effective. I learned at a young age that each of us can make a difference in the world. One person’s involvement can have a domino effect on the involvement of other people. Next year I intend to become involved in campus pro – Israel organizations that will promote a better relationship between America and Israel. I would like to reach out to many of the congressmen and congresswomen who were at the conference and talk with them about the concerns involving the different policies and also ask general questions related to Israel and advocacy. I will also become an activist towards Israel while sharing what I have learned and being passionate about my love for Israel.

Becoming involved in campus pro – Israel organizations will help me to improve the relationship between Israel and the United States of America. I plan to become involved with groups such as Students Supporting Israel, Israel on Campus Coalition, and Zionist Alliance. Each of these groups has at least one thing in common. They all support and love Israel.

I will reach out to many of the Congressmen or congresswoman who were at the Policy Conference. I hope that when I reach out to the congressmen or congresswomen, they will take what I say into consideration and be able to make a difference in the world. One of my personal favorite speakers was Ron Dermer. He spoke about the situation between Iran and Syria and how it is very volatile right now. A number of their positions is being targeted. The red lines will continue to be enforced. Nobody knows where the red lines are because it gives a certain amount of flexibility. We don’t want Iran to know where the red line is because we want them to be in a constant state of fear.

Written by a student from Southern NCSY