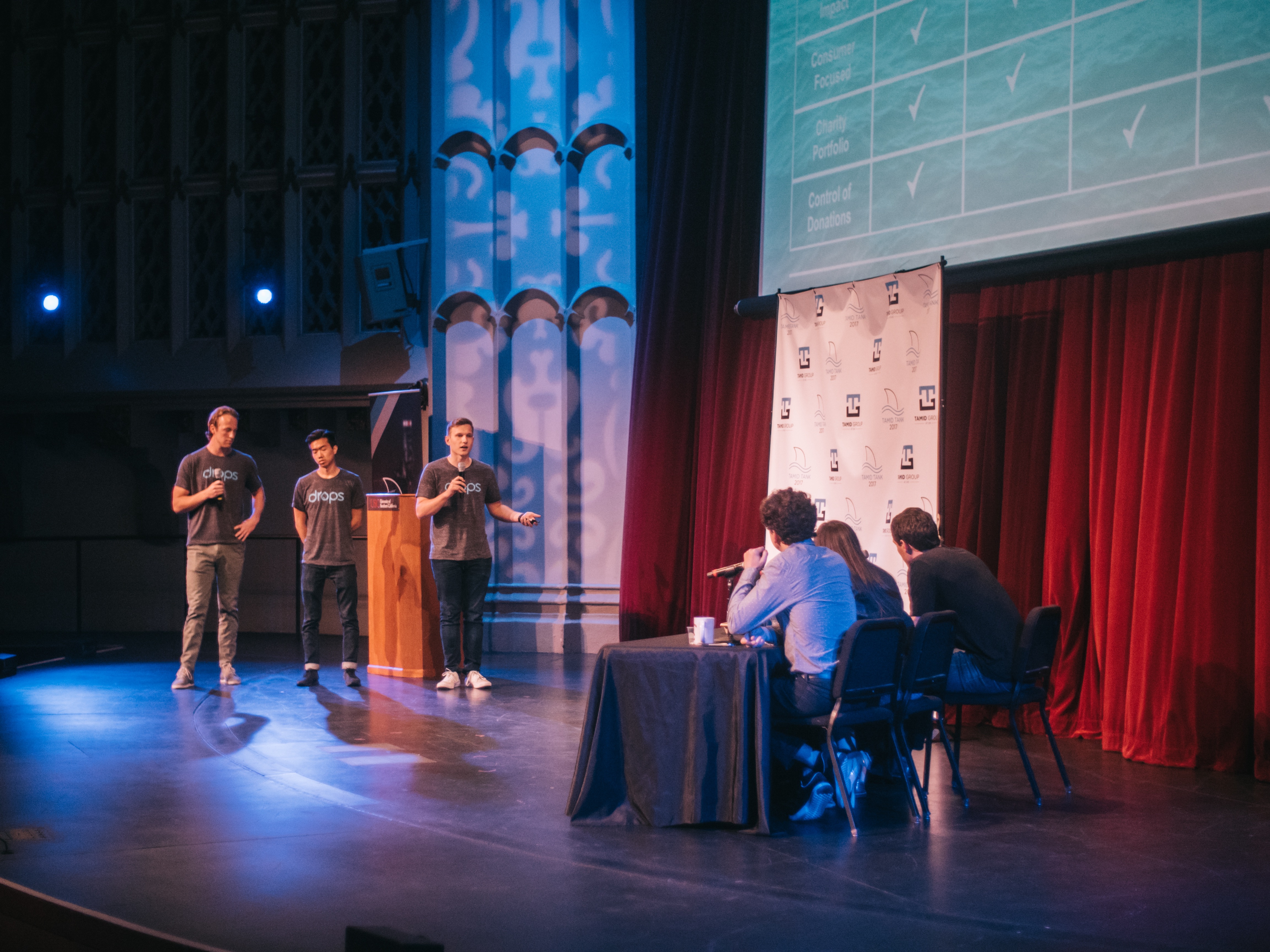 USC has an outstanding entrepreneurial community, an incredible venture capital (VC) network, and thousands of fanatic Shark Tank viewers. Daniel Newman founded two startups and had the experience necessary to work with entrepreneurs and VCs alike to make TAMID Tank at USC a reality. He was elected Vice President of Operations of USC TAMID at the end of the fall semester and began planning TAMID Tank shortly thereafter in December 2016. Daniel’s first step was assembling a team of 15 brilliant students and dividing them into three groups based on their strengths: startup relations, investor relations, or logistics. This team was able to successfully raise $14,000 from various corporate and institutional sponsors that believed in TAMID Tank’s vision and greater effect it could have on the student body and TAMID. The TAMID Tank Committee then chased the VCs. Cold emails, calling their office, catching them at events — you name it, they did it. The committee also simultaneously held a school-wide startup competition to select USC’s university’s top three startups and a marketing campaign to ensure they hit every corner of campus with TAMID Tank.

TAMID Tank was a massive success. USC’s top three student-led startups (Aqus, Drops, and Reefer) pitched their companies to the panel of venture capitalists in front of hundreds. It’s just how you can imagine; epic Shark Tank music as the entrepreneurs walked to the stage, live demos and pitches, and “sharks” critically questioning the startups live. The event hit its maximum capacity at 500 attendees, including students, professionals, investors, and entrepreneurs.

TAMID Tank propelled TAMID at USC’s reputation and awareness throughout campus. It won the Marshall School of Business’ award for “Most Innovative Event.” It also shined a light on the “startup nation” to many who were completely unaware of Israel’s drive and innovation. The student organization is gearing up to sort through the highest number of applicants to TAMID at USC since its founding and is extremely excited for another incredible year.

When I attended TAMIDcon (TAMID’s yearly conference) In New Jersey last fall, I met outstanding business-minded students from all across the nation. Through a combination of breakout sessions, keynote speakers, and casual conversations, I was able to understand where TAMID stood and the areas it was focusing on to continue growing and improving at this exponential rate. As a business and real estate development student at the University of Southern California, what stood out to me most was hearing about the first-ever TAMID Tank that happened at Queens College. TAMID at Queens successfully replicated a Shark Tank-style event and facilitate a live $100,000 investment in a student-run company from Kevin Harrington, an actual “shark” on the show.

I sought to inspire the student body and show them that the time to act on the idea they’ve been sitting on is now. As college students, we have absolutely nothing to lose by pursuing a venture. We don’t have to worry about rent, kids, a wife/husband, or even a job. We’re at the point in our lives where we should be experiencing anything and everything while the stakes are low, but not enough Trojans feel that way. If a startup takes off, excellent. But even a failed startup is a gained experience that will compound and prove exponentially higher results in the long run. TAMID Tank embodied this all by supporting our current startups and inspiring others in the audience who have since then “taken the leap” into entrepreneurship.

TAMID has definitely set a foundation for me and opened my eyes to the many ways I can get involved in strengthening the business ties between the U.S. and Israel. I’m super excited to have been accepted to the TAMID Fellowship this summer in Tel Aviv as a Venture Intern for UpWest Labs and to continue contributing to a cause that means so much to me.

This article was written by Daniel Newman, a student at USC and the VP of Operations for TAMID Group’s USC Chapter. For more information about TAMID Group, visit their website: http://tamidgroup.org/.
Milstein Fellow – Their AIPAC Story [3/3]