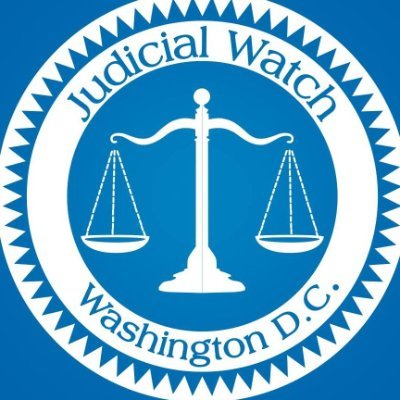 Judicial Watch, Inc.is a conservative, non-partisan educational foundation, which promotes transparency, accountability and integrity in government, politics and the law. Through its educational endeavors, Judicial Watch advocates high standards of ethics and morality in our nation’s public life and seeks to ensure that political and judicial officials do not abuse the powers entrusted to them by the American people. Judicial Watch fulfills its educational mission through litigation, investigations, and public outreach.

The motto of Judicial Watch is “Because no one is above the law”. To this end, Judicial Watch uses the open records or freedom of information laws and other tools to investigate and uncover misconduct by government officials and litigation to hold to account politicians and public officials who engage in corrupt activities.

Litigation and the civil discovery process not only uncover information for the education of the American people on anti-corruption issues, but can also provide a basis for civil authorities to criminally prosecute corrupt officials. Judicial Watch seeks to ensure high ethical standards in the judiciary through monitoring activities and the use of the judicial ethics process to hold judges to account.

Through its Open Records Project, Judicial Watch also provides training and legal services to other conservatives concerning how to effectively use the Freedom of Information Act and other open records laws to achieve conservative goals of accountability and openness in government.

Through its publication The Verdict and occasional special reports, Judicial Watch educates the public about abuses and misconduct by political and judicial officials, and advocates for the need for an ethical, law abiding and moral civic culture.

Judicial Watch also pursues this educational effort through this Internet site where many of the open records documents, legal filings, and other educational materials are made available to the public and media. This educational effort, which includes direct mailings to millions of Americans, educates the public about operations of government and the judiciary and increases public awareness if corruption and misconduct exists.