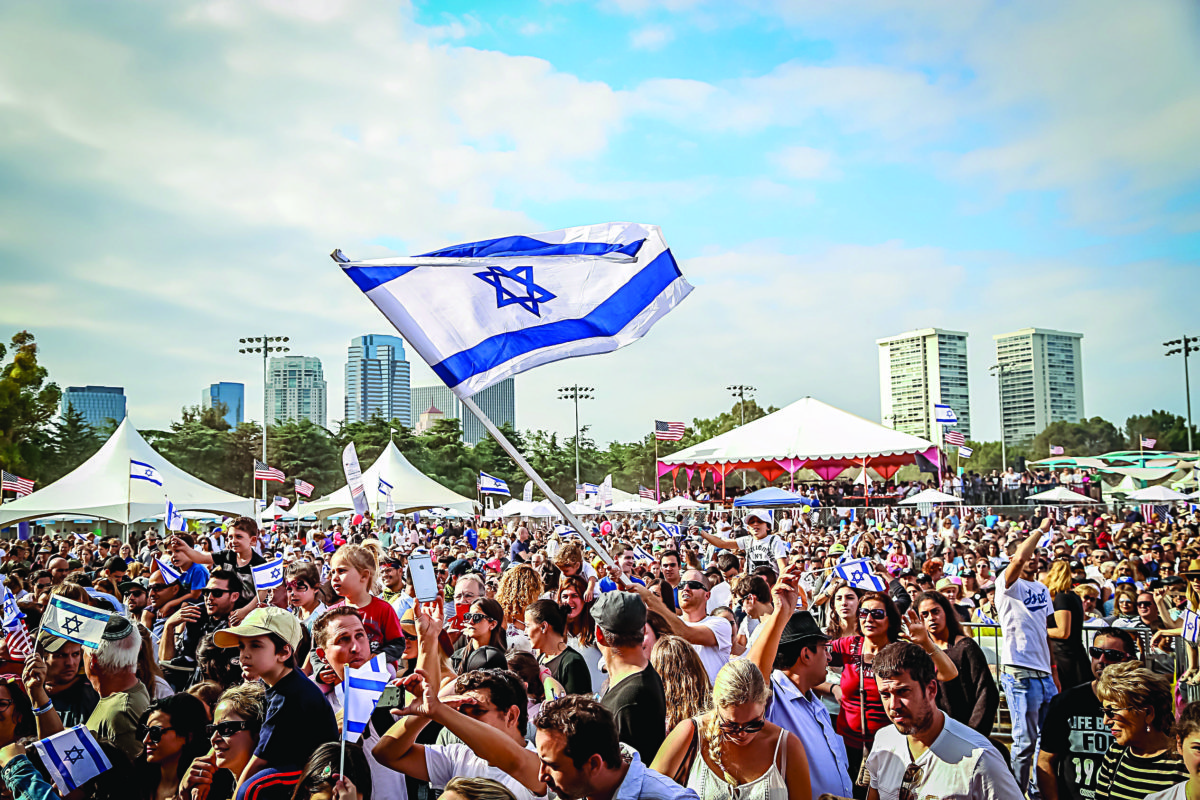 At a time of growing challenges, “Israeliness” offers the Jewish community game-changing solutions

Today, the collective strength of the Jewish people may be greater than at any other time in our history. We have an independent Jewish state with a booming economy and one of the world’s most powerful militaries. The American Jewish community has reached the heights of success in politics, business, arts and culture, and science, becoming perhaps the most influential Jewish diaspora community in history.

Yet, despite our strength, the challenges facing global Jewry are growing and multifaceted—in some cases posing an existential danger to our future as a people. Anti-Semitism is rapidly rising on the right and the left. Assimilation and intermarriage threaten to dramatically shrink the global Jewish population in the diaspora. The now infamous Pew Study, titled “A Portrait of Jewish Americans,” found that approximately two-thirds of American Jewish millennials do not feel a strong connection to Israel, and a recent Brandeis University found that fewer than half of Jewish college students could correctly answer even the most basic questions about Israel. The American Jewish community and Israel—the two great centers of global Jewish life—face an increasingly complex and in some cases, strained relationship.

In the last decade, a new force has come roaring into the Jewish world that has shown the potential to be a game-changer in advancing solutions to each of these challenges: the Israeli-American community. As an American organization rooted in a profound and rich connection to Israel, the Israeli-American Council (IAC) is able to unlock many of the doors that separate Jewish Americans from their connection to Israel, through a multifaceted and rich concept we call “Israeliness.”

Israeliness incorporates many elements. It’s Israeli culture, Jewish values, and Hebrew, the language of our religion for thousands of years. It’s tremendous pride in Jewish tradition, our history, and Israel’s ability to overcome overwhelming odds—from wars and political conflicts, to a lack of wealth and natural resources. It’s the courage to take risks, learn from failures, and move on to success. It’s a deep belief in Zionism. And it’s a commitment to the idea “Kol Yisrael areivim zeh lazeh,” “All the people of Israel are responsible for one another.” Sharing our rich tradition with the next generation will further help them connect to Israel.

How can Israeli-Americans and the broader idea of Israeliness be leveraged to advance solutions for the Jewish people? This is the question that Rabbi Ed Feinstein, Jewish Journal/Tribe Media President David Suissa, and I will discuss at an upcoming panel on Sept. 6.

There are at least three ways that Israeli-Americans and Israeliness can be—and already are—game-changers.

First, Israeli-Americans can be leveraged as a bridge—both within the American Jewish community and between Israel and the American Jewish Community. The fact that we speak both “Israeli” and “American” has positioned us as a translator and facilitator of dialogue between the two communities. A prime example of this is the IAC National conference in Washington, D.C., an event where top civic, political, and business leaders from both countries come together every year.

Too many within the Jewish community take news media about Israel at face value— internalizing the negative stereotypes about our homeland and the Israeli people—which often leads to an inability to see the necessity of a Jewish state. Israelis then react to Jewish Americans’ disregard in a typically Israeli way: declaring that they do not need Jewish Americans and stubbornly refusing to engage in a gentler, American-style discourse. Israeli-Americans can bridge the gap.

Second, Israeliness can be used as a tool for the crucial task of engaging the next generation. Israeliness opens up a whole new world for young American Jews, many of whom have been conditioned to believe that Jewish identity must be centered on attending Jewish schools and synagogues. In discovering the people and culture of their homeland, young Jews are able to discover a piece of themselves.

The great success of many programs, such as Masa Israel, Gap Year, and in particular, Birthright—with its half a million alumni—illustrate how visiting, exploring and experiencing the people Israel makes a transformative difference in their lives. The best possible follow-up for these programs is to help their alumni reconnect with Israeliness through integration with the Israeli-American community.

Furthermore, Israel’s success is rooted in the young country’s willingness to take risks—in an understanding that failure is nothing shameful, but merely an opportunity to learn and move on to your next success. Being able to bounce back after failures is a crucial skill for young people to develop to handle life’s many challenges. The next generation can learn much from Israeliness.

Third, Israeli-Americans and Israeliness can be a powerful tool in fighting anti-Semitism and the BDS Movement. Israeli-Americans defend Israel by drawing on personal experience. Moreover, Israeliness means being proud to be who we are—and having the courage to stand up for what we believe in. We must communicate to the next generation that tremendous pride and willingness to stand up, speak out, and when necessary, fight back to protect ourselves when our faith, our values, and our homeland are under attack.

The challenges facing the Jewish community are complex. Israeliness is a secret sauce that can help ensure that our people will not only survive but continue to thrive.

Adam Milstein is the Chairman of the Israeli-American Council, a real estate entrepreneur, and the president of the Adam and Gila Milstein Family Foundation.