Newsroom - Fight Antisemitism: 'Never Again' Must Be Backed By Actions 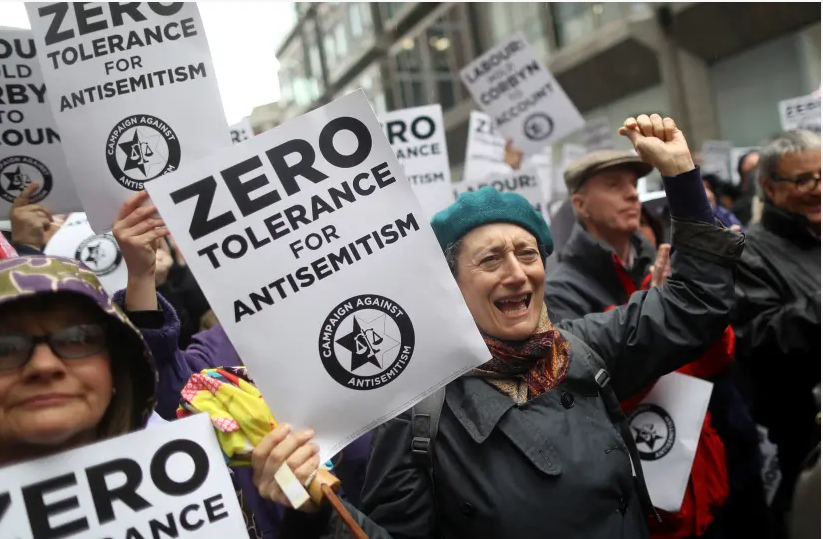 Fight Antisemitism: ‘Never Again’ Must Be Backed By Actions

This article was originally published in the Jerusalem Post on June 10, 2021.

Each year Jews and non-Jews around the world recite the mantra “Never Again” to remember the six million Jewish lives and tens of millions of other victims murdered by the Nazis. And then, each year, we continue to see Jew-hatred and antisemitic violent attacks continue to soar all over the world.

We have a responsibility to remember the Holocaust, honor those precious lives lost, and elevate the voices of survivors. However, with the memory of the Holocaust fading, remembrance is not enough. We must do everything in our power to recognize the growing Jew-hatred and prevent it from being increasingly violent. “Never Again” must be accompanied by meaningful actions to prevent future genocides.

Defining antisemitism is critical to preventing and combating Jew-hatred

To effectively prevent and fight Jew-hatred, it first must be clearly defined. Antisemitism takes many shapes and forms, and its expression has morphed over the years. Classic antisemitic canards and age-old conspiracy theories about Jews focus on hatred of the Jewish people because of their religion, and from the 19th century onwards because of their race and ethnicity. While this type of hatred is currently prevalent among white supremacists and neo-Nazis, it is no longer the predominant form of antisemitism today.

Today’s antisemitism uses a new, pernicious expression of Jew-hatred: the delegitimization, demonization, and double standards placed on the Jewish State of Israel. While the new antisemitism has been popularized by the Boycott, Divestment, and Sanctions (BDS) movement, it has now been adopted by all the other key antisemitic movements, such as white supremacists, radical Muslims, the far-left, and the followers of Louis Farrakhan.

In fact, the recently released The New Antisemites report documents how under the guise of “social justice” activism, the BDS movement radicalizes all other hate groups, promotes violence against Jews, and creates a threatening environment that normalizes antisemitism, something that history has shown to have deadly consequences.

On May 26, 2016, the International Holocaust Remembrance Alliance (IHRA) published its working definition of antisemitism, which has since been adopted or endorsed by 36 UN Member States, including the US. The IHRA is a unique intergovernmental organization that empowers political and social leaders to address the need for Holocaust remembrance, research, and education worldwide to combat Holocaust denial and incitement of violence against Jews.

The IHRA definition encompasses both the old and new forms of Jew-hatred. Examples of the “old” include: “Making mendacious, dehumanizing, demonizing, or stereotypical allegations about Jews as such or the power of Jews as collective…”, and from the “new:” “Denying the Jewish people their right to self-determination, e.g., by claiming that the existence of a State of Israel is a racist endeavor;” “Drawing comparisons of contemporary Israeli policy to that of the Nazis;” and “Holding Jews collectively responsible for actions of the State of Israel.”

The IHRA definition exposes the true agenda of today’s Jew-haters and holds them accountable for their antisemitism. To disguise their true, antisemitic goal of annihilating Israel, these new antisemites purport to support “human rights” and “social justice.” It is unsurprising then that the leading voices against the IHRA definition come from the BDS movement and far-left organizations.

The IHRA definition must be widely adopted to prevent Jew hatred and combat the violence antisemitism promotes and incites.

Realizing that proper education about the Holocaust is key to fighting today’s Jew-hatred, 19 US states require Holocaust education as part of their secondary school curricula. A comprehensive curriculum must include the IHRA definition of antisemitism, enabling educators to inform students about all of the different types of contemporary antisemitism and the severe consequences of sitting idle and not firmly fighting against Jew-hatred.

The IHRA definition is the most comprehensive definition of antisemitism. It has been endorsed by the Biden Administration and adopted by the US State Department, dozens of universities across the US and Canada, and the states of Kentucky, South Carolina, and Florida. All other states, universities, social media companies, schools, companies, and government entities should follow suit.

Remembrance alone is not enough: we must actively work to prevent future genocides

Analyses of the rising patterns of antisemitism around the globe today ominously resemble those in Europe during the 1920s and 1930s. The latest conflict between Israel and the terror group Hamas, funded and incited by the Holocaust-denying Iranian terrorist regime, generated a new onslaught of antisemitic hate and violence against Jews in Europe and America.

We’ve seen stunning scenes of Jews from New York to Los Angeles being assaulted on the streets by mobs of antisemitic, anti-Israel thugs. In a shocking development many would never have thought possible within living memory of the Holocaust, many Jews in America now fear walking on the streets in their kippot, speaking Hebrew in public, or wearing other articles or items that readily identify them as Jewish.

As Winston Churchill once said, “Those that fail to learn from history are doomed to repeat it.” It is our moral responsibility to recognize the similarities of the antisemitic events today to those preceding the Holocaust and take action.

We must actively work to ensure that activities, organizations, and movements promoting Jew-hatred will not result in mass genocide occurring again. To do so, we must expose and hold the perpetrators of hate and violence accountable.

To stop Jew-hatred we must not only focus on teaching about the lessons of the Holocaust, but we must also learn from them and act vigorously to prevent it from happening again. We must unite in pushing for the widespread adoption of the IHRA working definition of antisemitism, particularly when passing legislation mandating Holocaust education.

History has shown us that “The hate that begins with Jews never ends with Jews.” When we say “Never Again,” let us take action to prevent a future holocaust.

The writer is an Israeli-American “active philanthropist.” He can be reached at [email protected], on Twitter @AdamMilstein, and on Facebook www.facebook.com/AdamMilsteinCP.

Biden needs to stand by Israel, against terrorism

Antisemitism Isn’t Only a Jewish Problem
Scroll to top