Newsroom - Why Going Back to the Iran Nuclear Deal is Folly 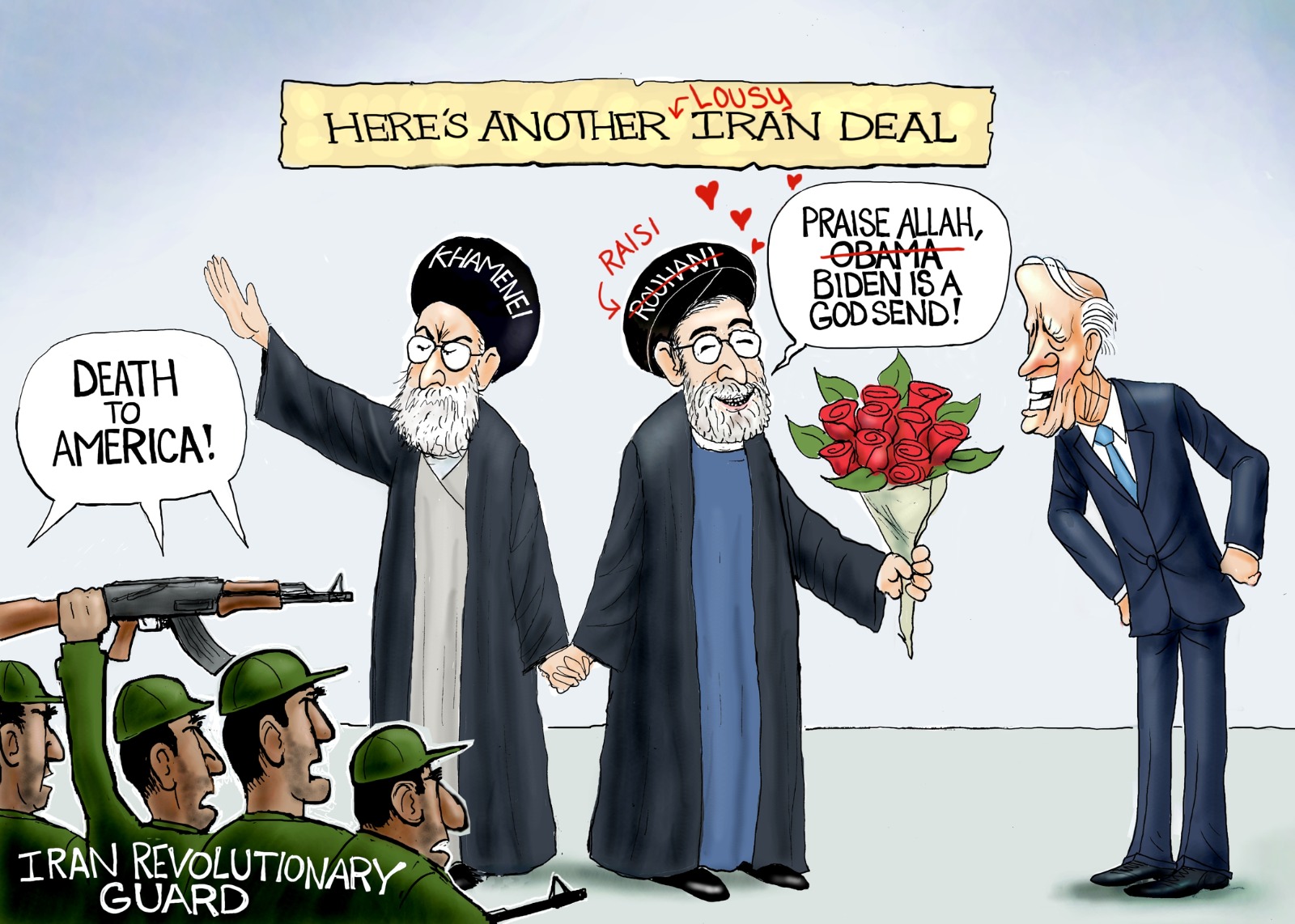 Why Going Back to the Iran Nuclear Deal is Folly

This article originally appeared in the Washington Times on January 4, 2021.

During the presidential campaign, Joe Biden declared he wanted to go back to the Iran deal if Tehran returns to “strict compliance.” European leaders have urged the U.S. to rejoin the deal to prevent further Iranian violations and continued expansion of its nuclear infrastructure.

The problem with the rush to reaffirm the old, flawed deal is that it would benefit only one country: Iran. The cascading consequences of that decision could destabilize not just the Middle East, but trigger problems around the world.

The Trump administration’s decision to withdraw from the deal and slap Iran with severe sanctions has crippled the Iranian economy, decreased its oil production, and caused a significant devaluation of the rial. Tehran is even more desperate now than it was in 2015. It would be a mistake to waste the gains of the outgoing administration.

If America rejoined the Iran deal as is, Iran would not be held accountable for past cheating and blatant violations of the deal. Sanctions would be lifted, and the arms embargo would end. None of the obvious defects of the deal would be addressed. Iran’s ballistic missile program would continue to grow, as would its destabilizing activities in the region.

Iran has been increasingly belligerent since the U.S. elections. Evidence recently emerged that they continue to expand their nuclear infrastructure. They increased uranium reprocessing to 12 times the limit allowed under the deal. Iranian-backed militias in Iraq undertook a new round of attacks on U.S. facilities. To hand the Iranian regime a new old deal in the face of these aggressive actions would only be interpreted as a sign of American weakness and humiliation.

Such an act of deliberate self-weakening by Washington would trigger a cascade of chaos. For starters, the moderate Arab nations would view the U.S. as feckless and an unreliable partner, assuming Washington was returning to the ways of disengaging from the region that occurred under the Obama presidency.

The process of normalization between the Arab nations and Israel, without the guarantor of U.S. engagement and support in pushing back against Iran, could well die still-born. That will mean the collapse of building regional collective security and economic integration that could serve as the foundation for security and prosperity in the region.

Further, since the Arab nations were not consulted on the Iran deal, and they were never reassured the deal could forestall an Iranian nuclear breakout, we could see rapid proliferation in the region. Facing an unconstrained Iran, Turkey, Saudi Arabia, and Egypt could well rapidly seek nuclear weapons. This would be a nightmare scenario and could well represent a death to global nonproliferation efforts.

In addition, the Arab nations will likely start hedging against the declining interest and influence of Washington. They will increasingly look to cut deals with China and Russia. They might well go back to isolating Israel. None of these actions will leave the region or the U.S. better off.

Nor would the missteps of U.S. action be limited to the Middle East. North Korea and Iran both observe very closely how Washington treats the other. If the Biden team gives Tehran a sweetheart deal, then Pyongyang will likely do exactly what it did under Obama, rapidly escalate and act aggressively, demanding quick relief from sanctions — and concessions as well. Mr. Biden could well provoke a new round of crisis in Northeast Asia by showing a weak hand in the Middle East.

A Biden administration ought to consult with America’s Mideast allies on how to make a stronger Iran deal that addresses all the region’s legitimate concerns. For any deal to succeed, it must not only address uranium enrichment and nuclear weapons issues, but must include a comprehensive solution to address Iran’s continued development of ballistic missiles, its support for terrorism, its involvement in regional instability, its attacks on other regional countries, and domestic violations of human rights.

Before any such commitments are made, Mr. Biden ought to keep the sanctions and arms embargo in place. This is Washington’s primary leverage in negotiating with Tehran. They must also continue moving the process of normalization of relations between the Arab nations and Israel. With a united Middle East, the pressure of sanctions, and a unified front with the Europeans, the U.S. will be in the strongest position to secure the strongest deal for our national security.

James Jay Carafano, a Heritage Foundation vice president, directs the think tank’s research in matters of national security and foreign affairs. Adam Milstein is an active philanthropist and a co-founder of the Israeli-American Council and the Adam and Gila Milstein Family Foundation.

Jewish Journal: On Sunday, I Witnessed An Actual Jewish Event

Whether You Voted for Trump or Biden, All Americans Must Come Together Against...
Scroll to top