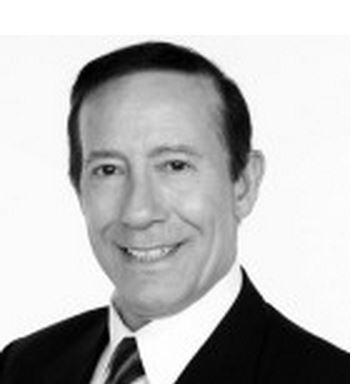 ​​A wave of anti-Semitism is sweeping across American universities. During the 2014-2015 school year, resolutions calling for a boycott of the Jewish state were passed by 15 student governments — and considered by more than 15 others.

These incidents are becoming increasingly common — a wave that has been aptly called a “tsunami” by many. In recent months, the situation has continued to get worse.

Increasingly, it has become politically correct to slander Israel and defame the student organizations working to defend her. At the University of Illinois, Professor Steven Salaita was fired for his penchant for anti-Semitic rants on Twitter, yet he received thunderous applause and a standing ovation a few months later from a group of professional scholars at a Middle East Studies conference in Washington DC as he blamed wealthy Zionists for his termination.

Many in America and Europe think that these hate groups are simply opposed to Israeli control in the land acquired from Jordan during the Six-Day War in 1967. They conceal their true beliefs in a cloak of social justice by claiming to oppose Israel’s policies rather than Jews themselves. This allows them to build alliances with feminist, LGBT, minority and other student groups who don’t know any better.

The reality is that these hate groups don’t recognize the right of Israel to exist within any borders.

And the façade of the human rights activist quickly falls away when it’s clear that they are solely concerned with singling out the Middle East’s only democracy for criticism, while turning a blind eye to the horrific atrocities and human rights abuses throughout the region. They recycle the same lies that anti-Semites long used to demonize the Jewish people to now demonize the Jewish state, harassing and targeting Jewish students who dare to speak out on behalf of the State of Israel.

This movement is driven by a strange marriage of radical Islamists and radical leftists. It has been consistently linked to the Palestinian Authority leadership, the Muslim Brotherhood, and, in many cases,directly to Hamas – an internationally recognized terrorist organization. The tactics that this Movement uses against Israel today will be used against America tomorrow. Hatem Bazian – the founder of the Students for Justice in Palestine and one of the founders of this Movement – publicly called for an Intifada inside of the United Statesagainst the American government.

American Jewry has a historic responsibility to fight the anti-Semites and hate groups on our campuses. This month, I was honored to help organize a summit in Las Vegas to bring together more than 50 organizations in the battle against these campus hate groups.

We’ve formed a task force aptly named the “Campus Maccabees” — led by philanthropists Sheldon Adelson, Haim Saban, and me — which will organize a nationwide movement to fight anti-Semitism and the hate groups that attack Israel. We will defend Jewish students and the Jewish state on American universities and beyond.

We believe that this new task force will be a game changer in this fight, coordinating the work of the very best pro-Israel organizations in unprecedented ways. We will move the battle against Israel’s enemies from defense to offense, from passive to proactive. We will reveal the baseline anti-Semitism of this Movement, expose its desire to eradicate the State of Israel, and give our students the tools to defeat it.

As part of this campaign, we must tap into a unique strategic asset that has not yet been fully leveraged: the Israeli-American community.

For too long, most Israelis living in America have remained separate from the traditional Jewish community – and disengaged from Israel advocacy efforts. Eight years ago I joined with several other Israeli-American leaders to found the Israeli-American Council (IAC) to change this reality. As the IAC has grown dramatically in recent years, we’ve seen firsthand how Israeli-Americans can level the playing field in our fight against anti-Semites on campuses.

Israeli-Americans are knowledgeable and passionate about this subject. And they can speak from personal experience – it’s much easier to explain Israel’s security challenges when your aunt lives in Sderot and your cousin serves in the IDF. Israeli-Americans – instilled with characteristic Israeli boldness – can form an army of students and professionals that are unafraid to stand up and speak out against the lies about the Jewish state spread by the anti-Semites.

We’ve reached a critical tipping point. The time has come for the pro-Israel community to fight fire with fire, to shift from the defensive to the offensive. With strength, determination and unity, we must show the anti-Semites taking over America’s universities that tsunamis can travel in more than one direction.