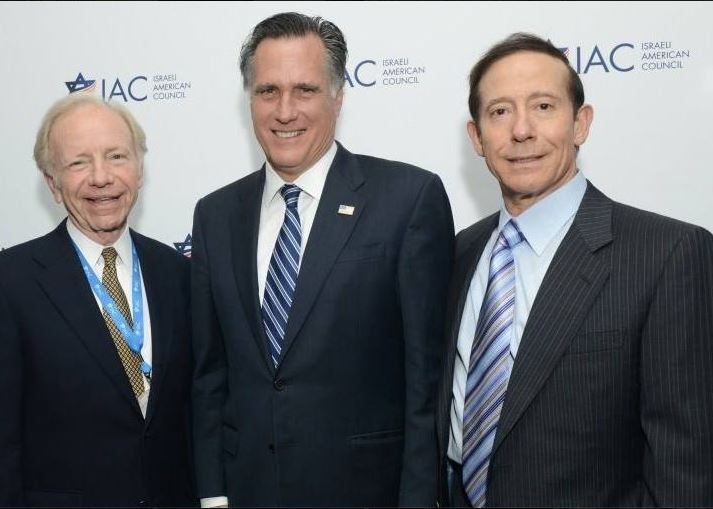 Posted on February 6, 2015 by Jacob Kamaras / JNS.org and filed under Features, Israel, U.S.

The way philanthropist Adam Milstein sees it, the priorities of fundraising and survival mean that Jewish and pro-Israel organizations are held back by a natural instinct against intimate and robust collaboration.

“Every one of those organizations would like to take all the credit for themselves [and say], ‘The BDS (Boycott, Divestment and Sanctions movement against Israel) resolution did not pass because we stood there, and we trained the students, and we stood with them all night long, and without us it wouldn’t have happened,’’ Milstein says. “And then you have some organizations trying to take credit and discredit the others. There is no huge interest for them to work together, because if they work together, then they can’t take all the credit, and they have a harder time raising the funds.”

Milstein, however, has decided to intervene and become a connector. His Los Angeles-based Adam and Gila Milstein Family Foundation supports dozens of organizations, 58 of which are listed on its website, and ensures that every program it funds is shared among multiple groups.

“Everything that I do, I put a few organizations together, I make them work together, make them empower each other, and create a force multiplier,” Milstein, 63, tells JNS.org.

Additionally, the Milsteins support many Jewish students seeking to attend the Policy Conference in partnership with other Jewish organizations. The Campus Allies delegations bring together seemingly unlikely partners such as Aish HaTorah, a Jewish religious outreach organization, and the politically focused AIPAC.

Milstein explains that from Aish’s perspective, the organization is able to recruit students who are primarily interested in attending the AIPAC conference, rather than growing religiously or spiritually. But at the same time, he says, Aish is “not only going to connect [those students] to Israel through the AIPAC convention, but you are going to connect them to Judaism because you’re putting the group together, and then you can recruit them [to Aish] and do the follow-up.”

Besides the collaboration aspect, such efforts illustrate an approach Milstein is both practicing and promoting: “active philanthropy.” He says it is “very easy to write a check” and forget about it, but that he gives not only his money, but also about 80 percent of his time to philanthropy—with an emphasis on developing programs that make his donations more powerful.

“It’s not just philanthropy, it’s active,” says Milstein. “I go, I select organizations, I build special plans, special programs, I supervise the implementation, I connect this organization and this program to other organizations and other programs. It’s more much intense what I’m doing compared to regular philanthropy. It takes much more of my time.”

In a way, he adds, it takes “more time to spend your philanthropy money than to make it.”

“Adam is strategic and he has become a tremendous role model for other philanthropists to follow,” says Roz Rothstein, CEO of the pro-Israel education group StandWithUs, for whom the Milstein foundation funds an annual educational weekend for 200 college students called the StandWithUs Milstein Israel in Focus conference. “He is not only generous and makes good work possible, he is a good listener who recognizes the strengths of each organization and helps bring organizations together for the greater good of Israel and the Jewish people.”

Josh Block—president and CEO of The Israel Project (TIP), an educational organization “dedicated to informing the media and public conversation about Israel and the Middle East”—says the approaches of Milstein and TIP have common ground.

“One of the things we do at TIP is bring partners together so that we can share our unique strategic communications capabilities for the benefit of all, and that kind of devotion to synergy and collaboration across organizations is something Adam shares,” Block says.

Jacob Baime, executive director of the Israel on Campus Coalition, calls Milstein “a passionate and committed champion of the pro-Israel movement” who “always offers fresh and inventive approaches to familiar challenges.”

“Adam is a very astute philanthropist who knows the issues well and works with a lot of groups and individuals to fight the defamation of Israel,” says Andrea Levin, executive director of the Committee for Accuracy in Middle East Reporting in America. “He’s tireless.”

How did Milstein become a philanthropist, and how did his philanthropy become the “active” kind? He moved from Israel to America in 1981 with his wife and two daughters, earned a Master of Business Administration, and started working in commercial real estate. Israelis, he says, are not accustomed to philanthropy. But Milstein’s modern Orthodox friend and business partner educated him about ma’aser (tithing), the Jewish tradition of giving 10 percent of one’s income to charity.

“Whatever we give to charity, God gives us 10 times more,” Milstein says he learned from his business partner.

From there, Milstein says he experienced “a lot events that really showed that the formula works. Whatever you give, you get more. Not necessarily 10 times more, but you just get more.” Accordingly, Milstein found himself following his business partner’s lead on where to donate.

Next came Milstein’s “wake-up call,” when his two daughters started to date non-Jews. Asked by his daughters why they should make a point to date fellow Jews, Milstein found himself without a good answer because he himself was not religiously observant. That prompted him to try to start motivating his family by doing rather than telling. Milstein connected with Aish HaTorah and became more involved with Jewish life. His daughters both married Jews. Aish would introduce him to Israel advocacy organizations such as AIPAC, laying the groundwork for his “active philanthropy.” At that point, Milstein was no longer mimicking his business partner’s giving, but instead, he was putting significant thought into choosing recipient organizations and going even further by crafting programming for those organizations.

“As an Israeli American, [Milstein has] done great work to bring more folks in that growing community into philanthropy and activism, and I’m sure we’ll see him continue to make a really meaningful impact in a variety of areas for years to come,” says TIP’s Block.

As is the case with many advocates for Israel, the growth of Milstein’s public profile has been accompanied by public criticism and what he considers to be defamation. Two anti-Israel websites, The Electronic Intifada and Mondoweiss, used a past conviction on tax evasion as a jumping-off point for broader coverage on Milstein. The Electronic Intifada ran with the headline, “Why did Israel intervene for convicted U.S. felon Adam Milstein?” Mondoweiss, meanwhile, routinely labels Milstein as an “Islamophobe,” a “Muslim-basher,” and a “racist.”

Milstein says he takes full accountability for his conviction, which originated when he voluntarily took responsibility for a past violation to help a friend. Ed M. Robbins, Jr., Milstein’s attorney, adds, “In retrospect, Adam finds it hard to explain why he would do it when the amount that he was writing off represented a very small fraction of the taxes that he paid.”

The Electronic Intifada’s headline, according to Milstein, was a manipulation of one of the 100 character reference letters he presented to the judge in his tax case. He says the letter was written by the Consul General of Israel in Los Angeles, but was simply a personal letter of support and far from an official Israeli government intervention, as The Electronic Intifada claimed.

“You have to understand the way our enemies operate,” Milstein says. “They try to intimidate, harass, and defame whoever they think is an enemy in order to shut him down. And that’s what [these anti-Israel websites] were trying to do here. They tried to shut me down not by debating me or arguing against my positions, but by shaming me, defaming me, harassing me, and spreading lies about me. They feel that it’s enough for them to throw it out there [on the Internet], because some of it will stick and people will not question if it’s true, and that will discourage me from continuing my activism.”

Milstein says anti-Israel activists use the same strategy to bully Jewish college students, who are looking to build their resumes and determine their career paths. Due to the anti-Israel side’s tactics, he says, “The last thing [a Jewish student] will be interested in doing is being a pro-Israel advocate because you’re being named and harassed, intimidated, and shamed, they’re calling you an ‘Islamophobe,’ and a Muslim-basher, and a racist. For a young person, they just don’t want to be involved. It’s too much harassment, too much of a headache.”

At the same time, the Jewish community is faced with rising assimilation. According to the Pew Research Center’s much-debated October 2013 study on American Jewry, 58 percent of Jews marry outside the faith. Milstein believes the assimilation and Israel challenges operate on parallel tracks.

StandWithUs Israel in Focus Conference funded by a generous grant from the Adam...