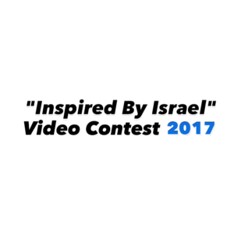 JERUSALEM–(BUSINESS WIRE)–Thousands of people around the world watched 12Tribes Films CEO Avi Abelow announce the winners of the “Inspired by Israel” video contest at a ceremony held at the Tower of David on Tuesday evening. The contest, in its second year, called for filmmakers of all ages and experience levels to create videos that entertain, educate and inspire people about Israel.

A total of $20,000 in cash prizes were awarded to the winning videos—including a $8,000 grand prize to Sivan Felder and Batsheva Shachnovitz for their video, “Olah Chadasha (New Immigrant),” a poetic exploration of a teenager’s journey in Israel after making Aliyah five years prior. During a ten-day period of public voting, entries in this year’s competition received more than half a million views in 236 countries.

In front of a crowd of hundreds of philanthropists, journalists, and contest participants Jerusalem Mayor Nir Barkat congratulated the 19 contest winners and thanked the more than 80 entrants from 14 countries for participating in the contest.

“We always say that a picture is worth a thousand words. One good video clip developed by real people—that get excited and demonstrate their love, for our city, for our country—is the best way to promote Jerusalem and Israel,” Barkat said. “It makes a huge impact around the world.”

Hosted on IsraelVideoNetwork.com, the contest was sponsored by the Adam and Gila Milstein Family Foundation in partnership with the 12Tribe Films Foundation. Judges chose the grand prize, first place and two second-place winners from the 10 submissions with the most votes garnered during a ten-day period of public voting.

“This contest allows people from all around the world to celebrate the amazing people, places, and innovations of Israel,” philanthropist Adam Milstein said. “The submissions this year show the profound effect of Israel on individual people and around the world.”

Seven other winning videos were based on the public’s votes, and three additional “staff picks” were chosen by the Israel Video Network.

Videos incorporated humor, original music, individual research and more. They demonstrated Israel’s impact on people around the world, its religious significance, misconceptions about the country and the vibrancy of daily life—often from the perspective of first-time visitors, long-time visitors, or new immigrants.

“These creative and insightful videos had a depth of range rarely seen in contests open to the public,” Abelow said. “They not only were full of information about Israel but full of love and appreciation for the vibrant, dynamic and thriving country.”

About the Adam and Gila Milstein Family Foundation: The Milstein Family Foundation works to safeguard and strengthen the Jewish People and the Jewish State by igniting Jewish pride in the next generation, providing pro-Israel Americans with knowledge and expertise to advocate for the State of Israel, and bolstering the critical U.S.-Israel Alliance. Learn more at: http://milsteinff.org/.

Adam Milstein Named One of World’s 200 Most Influential Philanthropists