Newsroom - From Vision to Action: Five Ways that Israeli-Americans Are Changing the Face of Jewish Life in the U.S. 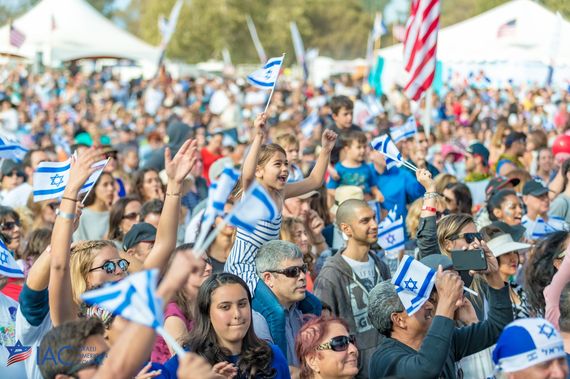 From Vision to Action: Five Ways that Israeli-Americans Are Changing the Face of Jewish Life in the U.S.

This month (May 2016), I authored a piece in the Jerusalem Post focused on one of the most pressing challenges facing the Jewish people in America today: how to connect our next generation to their Jewish heritage, instill in them a sense of pride in their Jewish identity, and connect them to their Jewish homeland. In recent years, this has been a frequent subject of conversation and a source of controversy, with the now infamous 2013 Pew Research Center study, “A Portrait of Jewish Americans” showing a serious decrease in Jewish affiliation among millennials and a disconnect between them and Israel.

I presented what I see as one of our community’s most effective solutions to this great challenge: Israeliness. Israeliness is the identity of the people who have been living in Israel for the last century and those who left Israel and moved to the diaspora. It incorporates many elements, including Israeli culture; Jewish values; Hebrew, the modern version of the biblical language; pride in the Jewish tradition and history; a deep belief in Zionism (believing in the right of the Jewish people to live freely in their homeland); a connection to the Land of Israel; and a commitment to the idea that the Jewish people around the globe are brothers, sisters, in one big family.

I’ve seen firsthand how Israeliness can attract, engage, and inspire American Jews, particularly the next generation of Jewish Americans – and how Israeli-Americans are uniquely positioned to serve as champions and ambassadors of Israeliness in the United States.

The replies to my article came in quickly. Many loved the idea. Some people didn’t comprehend what I meant when I wrote Israeliness. They had NO IDEA what I was talking about. Others said, “Adam, we love the concept, but how can we implement it?”

The short answer is that this is no longer merely a vision, but a reality. More than a dozen programs built by the Israeli-American Council (IAC) in partnership with the broader Jewish community are spreading Israeliness all across the U.S. Through the IAC’s work, we are seeing how Israeliness—and Israeli-Americans—have the capacity to change the landscape of Jewish life for the next generation.

Here are five ways that Israeli-Americans are engaging the broader Jewish community.

1. We are leveraging Israeliness to bring young people into the community. The IAC exposes American Jews to Israeliness through bilingual programs like Eitanim, which uses the inspiration of Israeli entrepreneurs and innovation along with a special project-based curriculum to cultivate leadership skills in high school students. Despite starting just this January, there are already hundreds of participants across the country from both the Israeli-American and Jewish-American communities. We also have Mishelanu, which provides a home for Israeli-Americans and pro-Israel college students through programming focused around the Hebrew language and Israeli identity building. It is the fastest-growing Jewish program on college campuses. Other programs focus on young professionals, like Dor Chadash and BINA, bring together Americans and Israeli-Americans for gatherings inspired by Israeli culture, offering everything from social and business networking to intellectual salons.

2. We are igniting Jewish pride and heritage for those who are not interested in going to synagogue. Recently, the IAC opened the first Israeli Community Center in the U.S. We are building partnerships run Israeli Centers inside JCC’s all across the country. These centers serve the Israeli-Americans and the broader Jewish community through activities centered on Israeli culture, art, music, and food. They can provide a home for programs like Shishi Israel—a Friday night “Israeli-style” Kabbalat Shabbat dinner filled with Israeli music and culture, and food, which bring the joy of Shabbat – and a reignited sense of Jewish pride – into families that were long unaffiliated with the “temple-going” crowd. We also organize and encourage Shabbat dinners at our homes where we bring our Jewish-American friends to enjoy our food and culture with us. Through the IAC, many young, Jewish Americans are finding a way express their Judaism through an Israeli lens, which is not necessarily religious. 3. We are uniting all different strands of Jews—religious and secular—under one umbrella. Israeliness means Jewish identity without religious affiliation. It means being Jewish without the label of Orthodox, Conservative, or Reform. Israeliness means being proud to be who we are, with courage, and standing up for what we believe in. It means not judging people from where they came from – whether Ashkenazic, Sephardic, secular, or Orthodox. This month’s Celebrate Israel Festival brought together Jews of all backgrounds in six major cities, and was the largest celebration of the Jewish State outside of Israel. We provide a space for everyone from the orthodox to the unaffiliated and all those in between to come together in a place that they never would before.

4. We are bringing the joy and vibrancy of Hebrew to American Jewish life. Hebrew unites Jews not just because it is our historical language or even because it is the language of the Jewish state: it is the language of our ancestors, beautiful and rich in history and nuance. It should be the second-language in every Jewish home (or the first if you live in Israel). We offer programs like Keshet (previously known as Sifriyat Pijama), which brings Hebrew into the home from the earliest years of life, providing young families with free Hebrew-language children’s books that teach Jewish values. More than a quarter of the participants are Americans Jews with basic Hebrew knowledge. They seek to improve their language skills, while teaching their kids Hebrew. As the co-founders of this program, my wife Gila and I hear over and over how it is changing life for more than 18,000 families across America.

5. We are bringing a fresh pair of eyes and energetic spirit to how we think about American Jewish life. Israelis are famously bold. Our ingenuity and willingness to take risks turned a sparse desert into a thriving oasis of high-tech innovation. Israeli-Americans can bring this same spirit when it comes to community building. The IAC’s rapid growth in just a few years from a single region to a national Movement reaching 250,000 people show that this willingness to take risks can yield huge rewards. We are willing to fight anti-Semitism and BDS, and we are gaining friends and allies in the Jewish-American community to help us in this fight.

In his new book, Flexigidty, Gidi Grinstein, Founder and CEO of the Reut Institute, a well-respected Israeli think tank, makes a compelling argument: he says that the secret of Jewish success and survival over the millennia has been a willingness to “balance new and old, innovation and tradition, flexibility and rigidity”. As we look at how to address the great challenges facing the Jewish people in America, it is clear that engaging Israeli-Americans and the next generation of Jewish-Americans in new ways must be part of the solution. Building wider and deeper partnerships between Israeli-Americans and Jewish-Americans will benefit all, bringing new vibrancy to Jewish life in our country and all over the world.