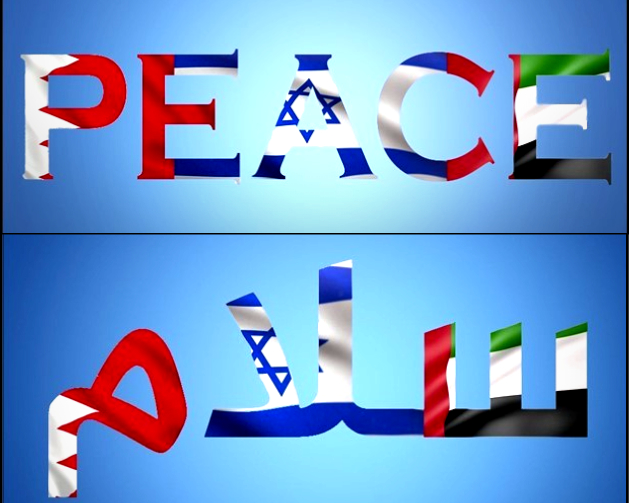 Arab-Israeli normalization is the way to peace with Palestinians

This article was originally published in the Washington Examiner on October 20, 2020

The American-brokered Abraham Accords pave the way to full normalization of relations between Israel and the Arab nations of the United Arab Emirates and Bahrain. This has raised the prospects of peace and stability in the region to the highest point in decades, making it all the more stunning to see forces lining up against the U.S. initiative.

Criticizing the administration and condemning Israel will not help Palestinians. In fact, it will do the opposite, abandoning the Palestinian people to a corrupt and oppressive governance that thrives only by ensuring that peace fails.

The Israel-delegitimization camp includes Iran, the world’s leading state-sponsor of terrorism, as well as terror-affiliated organizations such as the Palestinian Authority, Palestinian Liberation Organization, Hamas, Popular Front for the Liberation of Palestine, Islamic Jihad, and Hezbollah. It also includes the Boycott, Divestment and Sanctions National Committee, or BDS, orchestrators of the global movement that has recruited and ensnared liberal groups worldwide in a destructive campaign that has become an obstacle rather than a force for peace.

Since its establishment in 2001 by the major Palestinian terrorist organizations, the BDS movement has masqueraded as a human rights organization aiming to improve the well-being of Palestinians. But instead of aiding Palestinians, the movement is focused on isolating the state of Israel economically, culturally, and politically, with the ultimate goal of eradicating it.

Guided by its core principle of “anti-normalization,” the movement works to restrict any interaction between Israelis and Arabs and considers any form of cooperation treasonous. The anti-normalization campaign completely opposes coexistence, mutual aid, or collaboration. Palestinians who engage in personal interactions with Israelis are shunned, threatened, and sometimes even killed.

Small wonder, then, that the BDS movement regards the Abraham Accords as its worst nightmare. The peace agreements between Israel, the UAE, and Bahrain represent a thorough refutation of anti-normalization. The widespread belief that these accords will soon spark additional agreements with other Sunni Arab countries, including Saudi Arabia, Oman, Kuwait, Sudan, Chad, and Morocco, only heaps additional coals on the heads of the BDS brigades.

Not only do the accords call into question the basic premise of BDS, but they also contradict the conventional wisdom that has informed ineffective U.S. foreign policy in the region for decades.

First, the accords demonstrate that the Israeli-Palestinian conflict has never been the root of the region’s instability. Clearly, now, it is not an insurmountable obstacle to normalizing relations between the countries of the Middle East.

Second, the accords reveal that the Arabs are tired of Palestinian extremism. Palestinian opposition to the accords was ignored by both the Arab League and the “Arab street.” The Arab world is moving on.

Moreover, the Abraham Accords should be seen as a very positive development for the Palestinians. Now that the Arab world has accepted that Israel is not going anywhere, Palestinian leaders must admit it as well. It is past time to make peace. Further, regional normalization is going to introduce a wave of economic integration and prosperity, as well as greater security and public safety. If the Palestinians do not join, they’ll be left out and left behind.

Meanwhile, if global supporters of BDS really care about Palestinians, they will abandon this movement and the hateful anti-normalization campaign promoted by extremists such as Iran, the Muslim Brotherhood, and others with no interest in promoting peace and prosperity in the region.

Beyond that, the United States and like-minded allies should launch a pro-normalization campaign. Jewish-Americans and pro-Israel activists must build an alliance with Arab Americans and Muslims who share the views of the UAE and Bahrain — and to some degree, Saudi Arabia, Egypt, and Jordan — that peace, prosperity, and normalization is the way forward.

On American campuses and beyond, it is time to hold academic and cultural events promoting dialogue, reconciliation, and regional economic integration and innovation. Student groups can push back with pro-normalization and pro-peace resolutions. And, when COVID-19 finally wanes, student groups can join in missions traveling to Israel and its peaceful Arab nations. NGOs can launch new initiatives on Israeli-Arab cooperation and devote more attention to countering the anti-normalization content promoted by terror-sponsoring states and the BDS movement.

Together, the champions of normalization can build a future of peace, stability, and prosperity in the Middle East and relegate the BDS crowd to the dustbin of history.

James Jay Carafano, a Heritage Foundation vice president, directs the think tank’s research in matters of national security and foreign affairs. Adam Milstein is an active philanthropist and co-founder of the Israeli-American Council and the Adam and Gila Milstein Family Foundation.