Newsroom - Antisemites Seek to Destroy Us 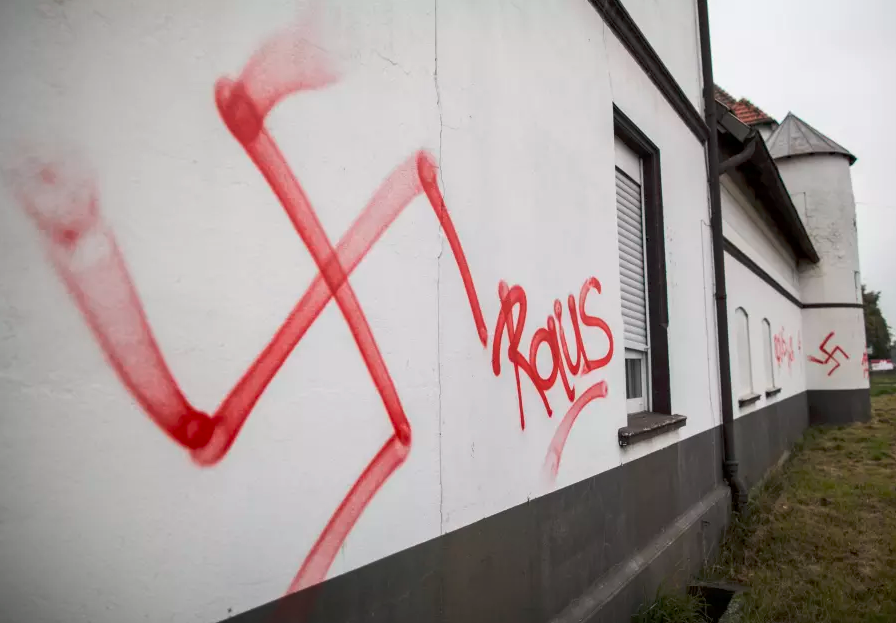 Antisemites Seek to Destroy Us

Last Saturday, we witnessed the deadliest attack on American Jews in history. Eleven members of the Tree of Life Synagogue in Pittsburgh were violently murdered because they were Jewish. I was shocked by this horror, but I was not surprised.

Antisemitism is as old as the Jewish story itself. We honor the victims of the Holocaust on Yom HaShoah, we remember our struggles as slaves in ancient Egypt on Passover, and we even celebrate triumph over Haman’s plans to slaughter us in ancient Persia on Purim. It’s the terrible truth that we live with the constant realization that radical groups want to eradicate our people and all that binds us together: our beliefs, our values, our culture, our history – and our homeland, Israel.

When we see antisemites acting out their hateful bigotry, we are confronted with a choice: What do we do? Do we condemn the evil and hope for the best? Do we stick our heads in the sand and ignore the ever-rising threats? Do we ask the government and other groups to defend us because we are passive or risk averse? Do we turn our backs on the future of our people and allow history to repeat itself?

Or do we fight back? Do we proactively work to fight not just for love, tolerance or even acceptance, but to make it so that our children today, and their children tomorrow, will be prepared and capable to confront antisemites and live safely and freely as Jews?

LAST YEAR, my wife and I traveled to Poland and saw the horrific conditions suffered by the Jews in Auschwitz-Birkenau, which were built with a single purpose: to exterminate our people.

Our takeaway from the trip was that we must be vigilant, and fight against our enemies.

I previously wrote about how today’s antisemitism manifests as a three-headed monster. This monster spews its vile bigotry through the radical Right, the radical Left, and radical Muslims. Each one of these hateful heads poses a real threat around the world. These radical groups work to divide our community to make us weaker and easier to target. We put aside our internal politics and band together, as proud Jews, finding the courage and strength to fight these groups.

How? First, we must closely learn about those who seek us harm. That means investing more resources into research capabilities, drawing on the latest technology to uncover the antisemitic networks online and off-line. We must understand what antisemites are saying, what their plans are and how they operate. We must use this knowledge to expose their unlawful activities and better protect our Jewish institutions in partnership with law enforcement.

Second, we must fight the alarming progress of antisemitism from the extreme fringes of our public discourse into the mainstream. We must be vigilant in educating the public about the evil and the true intentions of antisemitism, whether it is spewed by Louis Farrakhan, Jeremy Corbin or David Duke. For too long we have behaved as if antisemitism is merely distasteful, but not a danger. The attack last weekend made very clear the stakes for us all. Journalists, politicians, celebrities, and business leaders must be immediately called out when they echo antisemitic canards.

Third, we need to utilize the research acquired and to invest more in the physical security of our Jewish schools, synagogues and other institutions. As Jews, we cannot ignore the fact that we are all targets.

Jews don’t have to be like sheep led to the slaughter. Unlike Jewish communities in the past, we have human and civil rights – the right to vote and serve in the government, and the ability to fight back.

We are a proud people with a long memory, who live in the time with a strong and thriving Jewish state. We don’t have to be afraid and passive. We shouldn’t stay beneath the radar to maintain our pristine and nice reputation. We must be proactive and fight this head on.

The writer is an Israeli-American philanthropist. He can be reached at [email protected]

From Auschwitz to Pittsburgh – How Do We Respond to Rising Anti-Semit...