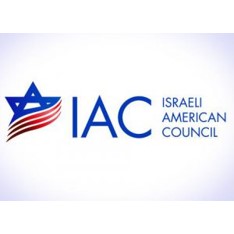 This week, the Israeli American Council (IAC) announced new appointments to its top lay leadership and professional positions, with Adam Milstein becoming Chairman of the organization’s National Board of Directors and Shoham Nicolet taking over as Chief Executive Officer. Milstein and Nicolet will begin their new roles in October, taking the helm of America’s fastest growing Jewish organization, which now includes seven regional offices, and a significant membership presence across the country. Both appointments will be marked in a ceremony during the National Israeli-American Conference, hosted by the IAC, which will take place in Washington, DC from October 17-19, 2015.

“I am honored and excited to assume the IAC chairmanship at this important moment for the Jewish people,” Adam Milstein said. “By educating, engaging, organizing, and mobilizing Israeli-Americans, the IAC will continue to play a vital role in strengthening the Jewish people, the State of Israel, and the U.S.-Israel alliance. I look forward to working with our national and regional leadership, nationwide staff, and partners to advance the IAC’s mission on a range of issues – from promoting Jewish and Israeli identity, to fighting the delegitimization of Israel, to building bridges between our community and others across the United States.”

A native of Israel and a co-founder of the IAC, Milstein is the managing partner of Hager Pacific Properties, a private commercial real estate investment firm, and the President of the Adam and Gila Milstein Family Foundation, which focuses on strengthening the State of Israel and the Jewish People. Over the past two years, he has spearheaded the effort to rapidly grow the IAC by setting up local councils across the U.S. He recently formed the organization’s task force dedicated to fighting the delegitimization of Israel. Milstein also co-founded the IAC’s IAC Keshet program, a Hebrew and Jewish family engagement literacy initiative that mails free, high-quality Hebrew Jewish children’s literature and music on a monthly basis to children ages 2-8 throughout the United States.

Milstein serves on the boards of more than a dozen non-profit organizations, including StandWithUs, the Israel on Campus Coalition, the Jewish Funders Network, Hasbara Fellowships, the Los Angeles Board of Birthright Israel and the American Israel Public Affairs Committee (AIPAC) National Council. Milstein served in the IDF during the Yom Kippur War and graduated from the Technion-Israel Institute of Technology in 1978. Upon arriving in the U.S. in 1981, he earned a master’s degree in business administration from the University of Southern California.

Shoham Nicolet will take over as the Chief Executive Officer of the IAC. A seasoned social entrepreneur, Nicolet was the founding CEO of the IAC eight years ago, serving in that role for four years, until he transitioned onto the IAC National Board in 2011. A native Israeli, Nicolet was a lieutenant in the IDF. He is an expert in collaborative technologies and online learning. Nicolet is the co-founder of the collaborative messaging platform hivve.me, a board member of the Reut Institute — a strategy group focused on issues related to Israel and the Jewish world — and a board member of ICON, a non-profit connecting Israelis and Americans working in the Silicon Valley. He received his B.A. in Business and MBA from American Jewish University.

“I am thrilled to be returning to the IAC full-time as CEO,” said Shoham Nicolet. “What began as a conversation amongst a few friends in 2007 has grown into a national movement – and a critical bridge between the U.S. and Israel. I have been honored to be a part of this effort – and look forward to joining forces with Adam Milstein, our national and local boards, and our professional staff to help build on the organization’s great success and advance its vital mission in the years to come.”

About the IAC: Headquartered in Los Angeles, the IAC is committed to building an engaged and united Israeli-American community that strengthens our next generations, the American Jewish community, and the State of Israel. The IAC strives to achieve these goals through programs and events for all ages – and by empowering and supporting a wide array of non-profit organizations within the Israeli-American community.

For more information about the Israeli-American Council, please visit http://www.israeliamerican.org

For more information about the second National Israeli-American Conference and to register, please visit http://iackenes.org

How to Help: Suggestions for Pro-Israel Advocates (Part II)